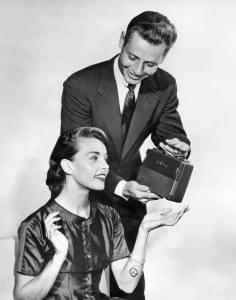 So during a massively busy week of new menswear suit hire appointments for 2014 weddings my Wife Abi pops into my office to tell me about her latest apparently ‘ingenious marketing suggestion’.  I probably rolled my eyes but would have cautiously listened with interest.  It was to participate in ‘Worker’s Playtime’.  A live radio quiz on BBC Radio Essex during which our business goes head to head with another company.  We each have a specialist subject and answer true or false to three questions.  Interestingly Abi had opted out deciding to leave it to us instead! She said it was her prerogative, lol.

So the team and I had a myriad of interesting subjects from football to Italian Greyhounds, unfortunately we lost, it was hilarious participating though although embarrassingly I said ‘semi’ on live radio; awkward.  I was being asked about how confident I felt I was and not about my manhood but either way on reflection my choice of words could have been better.

The whole thing bought life relief to a crazy working week!  Sometimes my long hours and late night suit fitting appointments can mean I don’t rock up at home until 11pm … We’re very happy to be so busy though and The Groom’s Room is enjoying our best year on record.  It might have something to with the fact that we strive to offer excellent customer service.  One such example is where I’ll take the shop to a customer that isn’t able to make it into us either because of ill health or lack of mobility.  I’ll measure for his suits, take trouser and jacket samples, swatches, waistcoats, cravats, shirts and ties!  Basically, whatever’s required in order that our customer (whatever their situation) feels well tended too and confident that they’ll look extremely smart on the big day, whatever it may be.